“I am the writing on the wall, the whisper in the classroom! Without these things, I am nothing.” - Candyman

This hook-handed villain’s a meme without even knowing it.

And almost thirty years on, marketers are still finding ways to keep his mythos relevant. Because last year, the team behind Nia DaCosta’s upcoming reboot deployed a clever tactic to cause some “buzz” online (excuse the pun). By tweeting #Candyman five times, fans would be sent a DM with an exclusive preview of the film.

A modern way of playing off the movie’s original mythology, it sent Twitter into meltdown.

But just like the 90s slasher icon himself - set to terrify a whole new generation this month - memes get their power from our attention, too.

Because if a fictitious urban legend like Candyman can resonate with audiences for generations - the franchise started with Clive Barker’s The Forbidden thirty-five years ago - perhaps the common meme can become mythology, too.

Not by saying Momo or Slenderman five times in a mirror, mind; they’re too busy haunting the cavernous realms of 4chan and Reddit. Instead, we use variations of their image to summon and share our own feelings - commenting on and changing our culture in the process. Because for over a decade now, memes have become part of our folklore. Woven into the fibre of the internet, they’ve reshaped the landscape of social media forever.

For instance, ‘Sad Keanu’; a paparazzi snap of the actor eating a sandwich; became much bigger than the sum of its parts in 2010 and took on a complete life of its own. In the space of a few short weeks, variations of the image had:

Amazingly, it even led to the internet creating Keanu Day - now celebrated every June 15th.

This goes beyond cultural commentary via silly snaps; memes are becoming modern mythology.

The meme, the myth, the legend

According to Literary Terms, myths are legendary stories that focus on heroes or events, explaining mysteries of nature, existence, or the universe. And they do so without any grounding in fact.

“It only takes five minutes for a story to descend into myth. There are many myths surrounding the American Founding Fathers and the country is less than 300 years old,” said fantasy writer Robert Parsnip.

And that’s one of the most striking similarities between memes and myths: they spread quickly. Originally coined by Richard Dawkins in his bestseller The Selfish Gene (1976), he described the “meme” as a unit of cultural transmission, imitation and replication. And despite being reappropriated by the internet, he believes the term is still fit for modern purposes:

“The meaning is not that far away from the original. It's anything that goes viral,” he said in an interview with Wired.

“In the original introduction to the word meme in the last chapter of The Selfish Gene, I did actually use the metaphor of a virus. So when anybody talks about something going viral on the internet, that is exactly what a meme is and it looks as though the word has been appropriated for a subset of that,” he continued.

He was already a legend in his field, but then the man who made the meme became a meme himself. Over and over again. 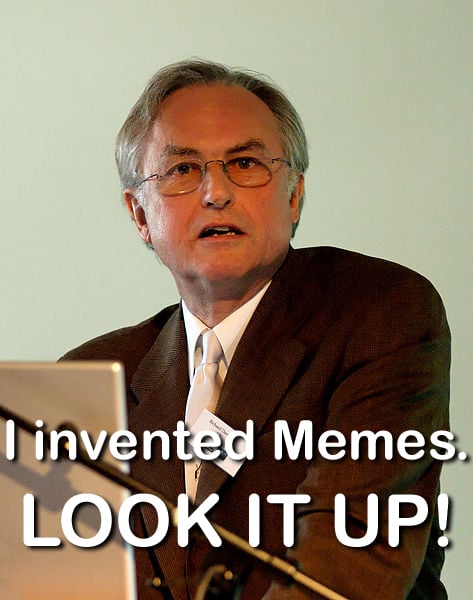 Memes and the changing face of comedy in marketing

Although there have been more than a few instances where they’ve been used to spread misinformation - the notorious ‘PizzaGate’ being a prime example - memes are predominantly used to make us laugh. And when used effectively, they can communicate more emotion than any other media - by doing very little.

I mean, one surprised-looking Shiba even grew from meme to cryptocurrency. Top doge, much wow.

But despite it being around for over a decade, brands are still struggling to nail the medium. Most either jump on the latest internet trend or try their own and get it catastrophically wrong.

Well like any joke, it’s only funny if you haven’t heard it before. Steven Orlofsky, a journalist for The Week, thinks a lack of imagination is the problem.

“It wasn't too long ago that the advertising industry would create culture-defining catchphrases that stuck around long after their campaign was over — "Where's the beef?" or "Mikey! He likes it!" — instead of waiting for Twitter to come up with something clever to slap a logo on,” he said in ‘Have brands killed meme culture’.

If you think about it, the world’s most successful brands don’t follow each other; they create a sense of distinction. So, why chase internet trends and expect different results?

“The lifespan of the average meme is shorter than it ever has been, and when a company seizes on one, it's a sure signal that it's already dead, or will be soon,” argues Orlofsky.

At the end of the day, good marketing takes creativity - and memes are no different. If anything, it takes an even lighter touch when humour’s involved.

We spoke to Adam Hunt from White Label Comedy last year about how brands can use comedy effectively in their comms.

“Brands are notoriously cautious - and humour (or even, to be honest, just being human) is notoriously risky. Thing is - there’s a way to make jokes that have zero risks of backfiring,” he said.

For Hunt, the brands that get into trouble for their sense of humour begin their process by asking “what’s funny?”

Instead, they should be asking themselves two simple questions:

Essentially, if you’re a brand that’s considering content marketing with memes, just ask yourself why before jumping on photoshop.

Will your audience get a kick out of it? Or is it for you?

“It all starts with audience research. Find out what your audience wants from you - and give that to them with a sense of humour layered on top. Do it like that, and you can’t go too far wrong,” said Hunt.

It’s all about understanding your audience and, crucially, knowing yourself.

The mythos behind marketing (and where memes fit in)

Brands that resonate best understand who it is they’re trying to be. They pair themselves to an archetype, e.g. the rebel (Red Bull) or the innocent (Coca Cola), pad out any missing character traits with their company values and find an overarching plot that connects with their story. Add a logo mark that embodies your unique value proposition and heritage - plus a tone of voice that works with this visual identity - and hey presto, you’ve got a brand.

But keep these puzzle pieces up-to-date and harmonised over years and you’ve built something greater: mythology.

Memes can become a vital part of storytelling and myth-building, too. But only if it’s right for the brand and your audience.

For example, Netflix lives and breathes pop culture - so does its audience. It’s in the brand’s very nature to enthusiastically talk trivia and make recommendations. So, with that in mind, memes make sense. 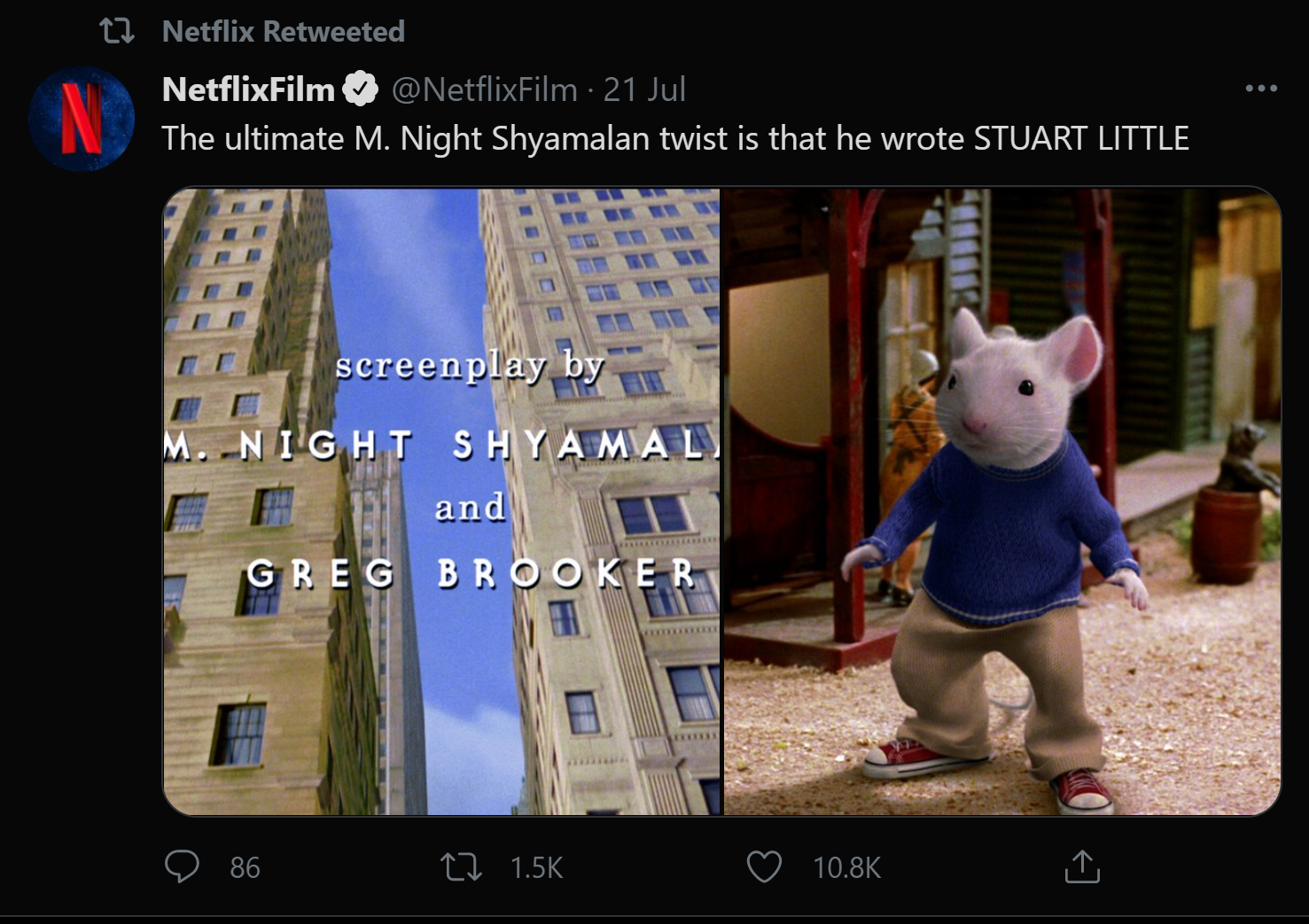 However, if those strong and silent types - you know, ruler brands like Mercedes-Benz or Microsoft - started to fill their feeds with memes, it’d feel a tad out of character.

As always, stay true to yourself as a brand and you won’t go wrong.

But if you do decide to conjure your inner Candymeme, here’s how to keep the brand feeling blockbuster; instead of a B movie horror.

Memes: what you need to know

Memes are actually covered by copyright law. So even putting creativity aside, you really are better off creating your own.

But try not to chase trends because, if you’ve seen it before, you’re probably already too late.

Stay true to your brand personality to make sure it’s not out of character. Taking the time to understand how your audience sees you - not just how you see yourself - will give you a good steer.

You might have heard that we’re in an era of the “wholesome meme”. As the name suggests, it’s the most harmless of all memes and the most welcome when times are tough - worth bearing in mind at the moment.