From rags to rebirths - seven basic plots in modern brands

In a bid to tackle loneliness, Cadbury recently announced that 10 million of their chocolate bars will feature 'unexpected stories' from older people's lives.

But for a brand that believes “There’s a glass and a half in everyone”, this isn’t such an unexpected tale. In fact, believing that chocolate could be a force for good, Cadbury has been on a quest to spread a little more kindness in communities since 1824.

But, according to author Christopher Booker, the quest is only one of seven narratives.

In The Seven Basic Plots: Why We Tell Stories, he says that every story we read or watch is only a variation of an age-old narrative. And because these plots are so ingrained in our makeup, told and retold over generations of storytelling, they’re also a powerful way for brands to engage their customers. Not only that, having a brand story ensures your comms and campaigns stay consistent and generally keeps you on the right path.

So now the preface is over, let’s get into the narrative: here are seven basic plots in modern brands.

From Moby Dick to this year’s Godzilla vs. Kong, this story crops up periodically throughout history. In film and literature, it’s a compelling tale that we can’t get enough of.

But when it comes to brands, it’s usually reserved for the “challengers”. Think back to when EasyJet landed on the scene in 1995; the startup came complete with a business model that was designed to dethrone titans of travel like British Airways.

But a more modern example is Monzo. The fintech upstart turned the industry on its head and epitomised everything that traditional banks weren’t. That coral business card, a friendly and familiar tone of voice that used emojis(?!) - they demystified the space and slayed the giants doing it. Pre-2015, the idea of a mobile-only bank seemed unthinkable; now with the likes of Revolut and Starling joining the ranks, it's normal.

Are you a challenger brand in an industry of giants? Do you have a product that’s trying to cure the greater ills of the world? If so, Overcoming the Monster might be the tale your brand should be telling.

Sometimes you’ve just got to admit you’re wrong. And that’s exactly what Carlsberg did with its ‘Piss to Pilsner’ campaign back in 2016. Perhaps “Probably the best beer in the world” in no one’s eyes but theirs at the time, a rebirth was long overdue.

Think Darth Vader reprising his role as a force for good in Return of the Jedi or Skoda going from butt of the jokes - an ill-fated Octavia launch was the last straw - to a desirable contender again.

Carlsberg used its trademark wit to, essentially, kill off its former self. New glass, improved recipe - baby’s got a brand new beer.

Things feeling a little stale? Lost sight of what made you different in the first place? Even if you’ve just had an extended period away from the public eye, a rebirth might be the story for you.

The ultimate rags to riches story, Innocent started in 1999 after selling smoothies at a music festival.

“We put up a big sign asking people if they thought we should give up our jobs to make smoothies, and put a bin saying 'Yes' and a bin saying 'No" in front of the stall,” says their website.

Checking the empties at the end of the weekend, the 'Yes' bin was full. The founders, still students at Cambridge University at the time, resigned from their jobs the next day.

Aladdin and Charlie and the Chocolate Factory are a couple of the most famous rags to riches stories. But for brand’s it’s much more compelling to focus on the human element of the tale. For three students at a music festival, it wasn’t about getting rich; they did it for the love of their product: smoothies. Sounds like you? Then rags to riches could be just the golden ticket.

In the quest, our protagonist must set out on a long, hazardous journey. It’s always treacherous and they’ll battle all obstacles along the way until they’re triumphant. Think,The Wizard of Oz, Harry Potter or The Lord of the Rings.

Brands might not face the same fantastical hurdles, but many tell the story.

LinkedIn’s mission is a simple one: connect the world's professionals to make them more productive and successful. But with 740 million members in more than 200 countries, it’s a never-ending quest. Because in their own words, they won’t stop until they “...create economic opportunity for every member of the global workforce.”

Feel like you’re in it for the long-haul? Looking to nurture long-lasting relationships with customers? Or even if you just Identify with Steve Jobs that “the journey is the reward", then this neverending story might be the one for you.

Brands often use comedy to point fun at themselves in their advertising - John West is a great example - but seldom do they utilise the device to tell their own story.

With Cards against Humanity, eight awkward entrepreneurs from Chicago broke the mould. In 2010, the group launched a Kickstarter project to print a card game - or “...a free party game for horrible people,” as the description read.

And they’ve stuck to their guns ever since. From the game itself to their comms, e.g. calling their supporters “horrible friends”, every aspect of the brand screams comedy. Relentless in their pursuit of gags, Cards Against Humanity is truly The Naked Gun of brands. 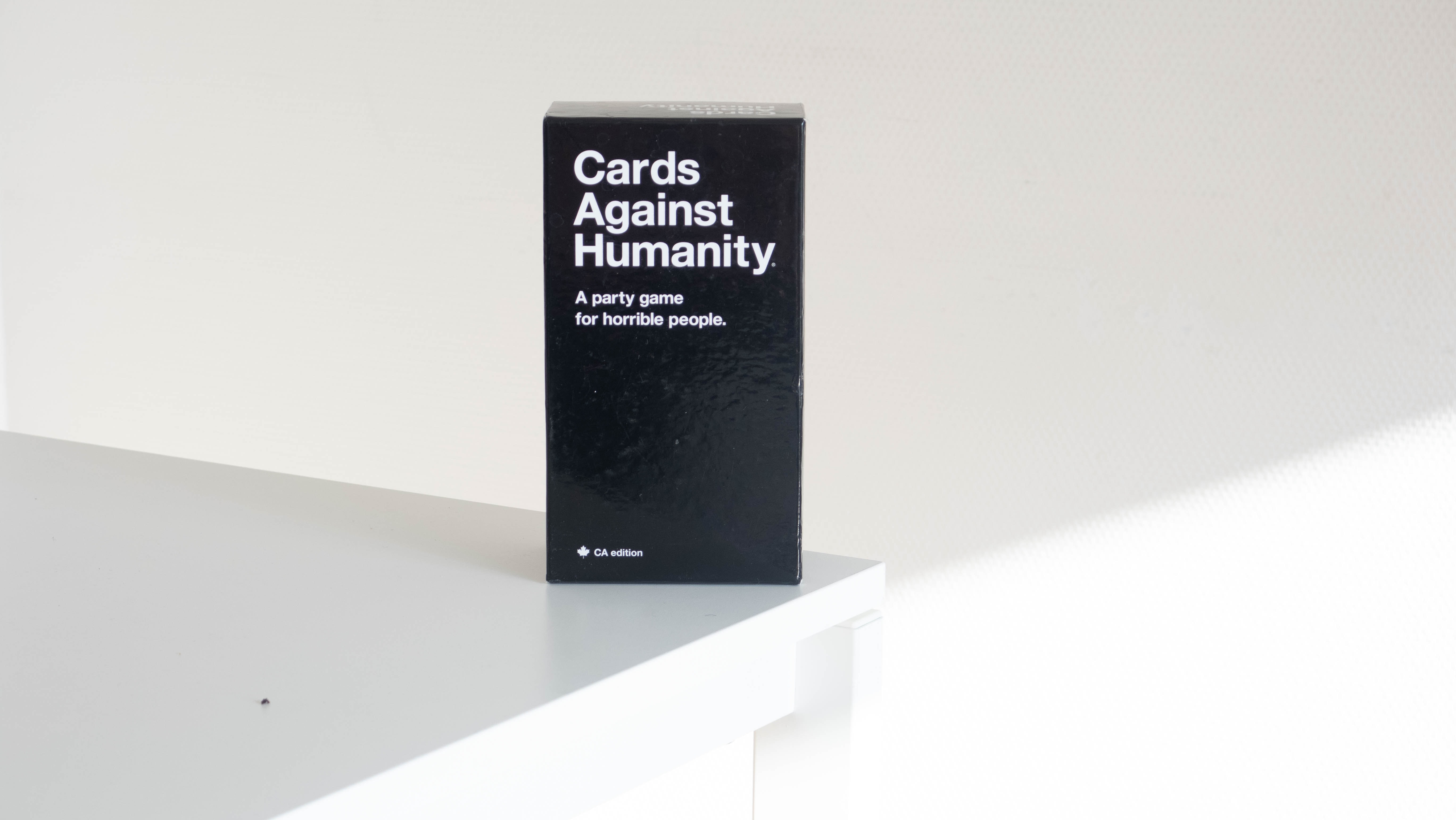 Unless you identify with a Cards Against Humanity or Paddy power, it’s unlikely. However, that’s not to say that deploying a little comedy in your advertising isn’t a bad idea. But just be mindful of your customer set and, importantly, the context.

Back in 2008, AirBnB was the trendy new way to escape. Fast-forward 13 years and we’re looking for “An antidote to the endless Zoom meetings” instead.

At least, that’s how Unplugged position themselves.

With founders Ben and Hector asking: “How can we get busy city folk to unplug from their devices and recharge without flying halfway around the globe?”, Unplugged is a modern brand for modern times. But the story of voyage and return is age-old. Whether it’s long-haul travel, tech-free retreats or any brand that’s trying to capture the imagination, this plot’s an ideal pick.

Does your brand offer customers a temporary escape? Can you represent the experience of your product through a journey? If you identify with the likes of Trainline and Expedia, voyage and return is a trip worth taking.

Serving a singular and often shocking purpose, Tragedy used to be reserved for public safety campaigns.

However, there’s one modern brand that uses tragedy to shape its customers destinies.

Hinge understands the love/hate relationship its users have with online dating. That’s why their whole story is, erm, hinged on their destruction.

“The app that was made to be deleted”; there’s self-deprecation, e.g. Carlsberg and then there’s literal self-sacrifice. Hinge just dies for the love of it.

Not likely, but you never know. Hinge is a great example of when a story and product align perfectly - but we’d still recommend approaching this one with extreme caution. You are dealing with tragedy, after all.

The science of storytelling - how to make your story stick

According to Buffer, Research shows that stories activate parts of the brain that other forms of communication don't. Essentially, engaging with these tales brings our sensory cortex to life. Here’s how to create a tale for your brand that’ll stand the test of time: