Discover how ANZ Stadium's sales and marketing teams use Asset Bank to help manage their ever-growing library of assets.

Who are ANZ Stadium?

The ANZ Stadium in Sydney was purpose-built for the 2000 Olympics. At the time that the games were held, the stadium was the largest of its kind, with a capacity of 110,000 people.

Now, ANZ Stadium holds up to 83,500 spectators. People flock from around the country to watch sports and internationally renowned entertainment acts such as U2 and The Rolling Stones.

With events and concerts being held all year round, you can imagine the amount of imagery, photography and video that needs to be produced, promoted and stored.

So, let’s discover why ANZ Stadium needed a DAM (digital asset management) solution to help manage their ever-growing library of assets and why Asset Bank is the perfect fit. 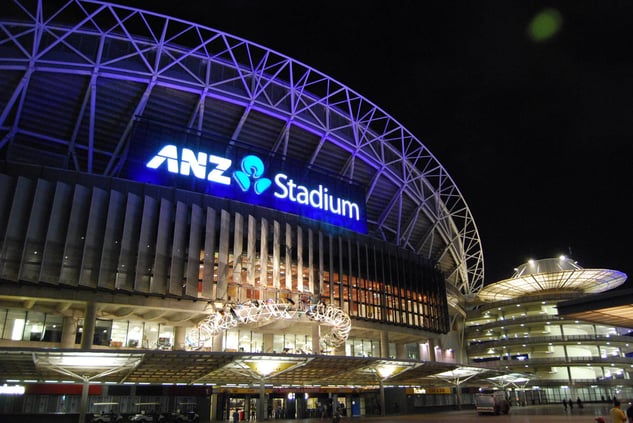 The challenges - managing a growing library of assets across multiple campaigns

Before Asset Bank, the sales and marketing team at ANZ Stadium found it was increasingly difficult to manage their growing library of images.

Without a DAM system in place, they were using network drives to store their assets. Importantly, they weren’t just dealing with their own files. They were also collaborating with external organisations on campaigns throughout the year.

With each campaign, they needed to select a series of images to accompany it. By relying solely on the network drives, this task was becoming more and more time-consuming.  Images were being saved in the wrong locations, there was little coherence around naming conventions which caused duplication, and searching for images took up far too much time.

The team’s found it easier to simply reuse old images for campaigns, rather than source new ones and as a result, it meant brand consistency was suffering and creativity was being stifled.

It was time for a change.

So, ANZ Stadium decided that they needed a DAM solution that would:

After evaluating the needs of ANZ Stadium, our team was confident that Asset Bank was the solution for them.

Not only would it save them time on a daily basis, but it would allow the sales and marketing teams to source new assets for themselves, leaving more space for creativity and new ideas.

So, when they were ready, we went ahead and remotely installed Asset Bank onto the ANZ Stadium servers.

We configured the system to meet the marketing and sales department’s requirements before delivering admin training to the people who would be using Asset Bank on a regular basis.

The biggest result for ANZ Stadium is the time they’ve saved.

No longer are the sales and marketing teams spending hours trawling through assets on the big company network drive. Instead, Asset Bank’s intuitive search function means they can quickly source new images within just a few clicks.

Admins also have the ability to view which assets have been downloaded, restoring confidence across the business and eliminating brand risk.

Additionally, ANZ Stadium has access to our quarterly product upgrades as part of the ongoing support agreement. These include enhancements to existing functionality along with brand new features. This ensures Asset Bank remains valuable to users for years to come.

"The introduction of Asset Bank at the Stadium eliminated the need for the marketing team to spend time searching for images, and allowed the business to source required assets for themselves.

Having everything in one location also reduced the duplication of files on the network freeing up valuable disk space on our servers.

The ability to audit and track what images were being downloaded by the business ensured that any brand guidelines were being followed and that it was always the latest version of the asset."