Matrix vs. Metaverse - who wore it best in the battle of virtual realities? 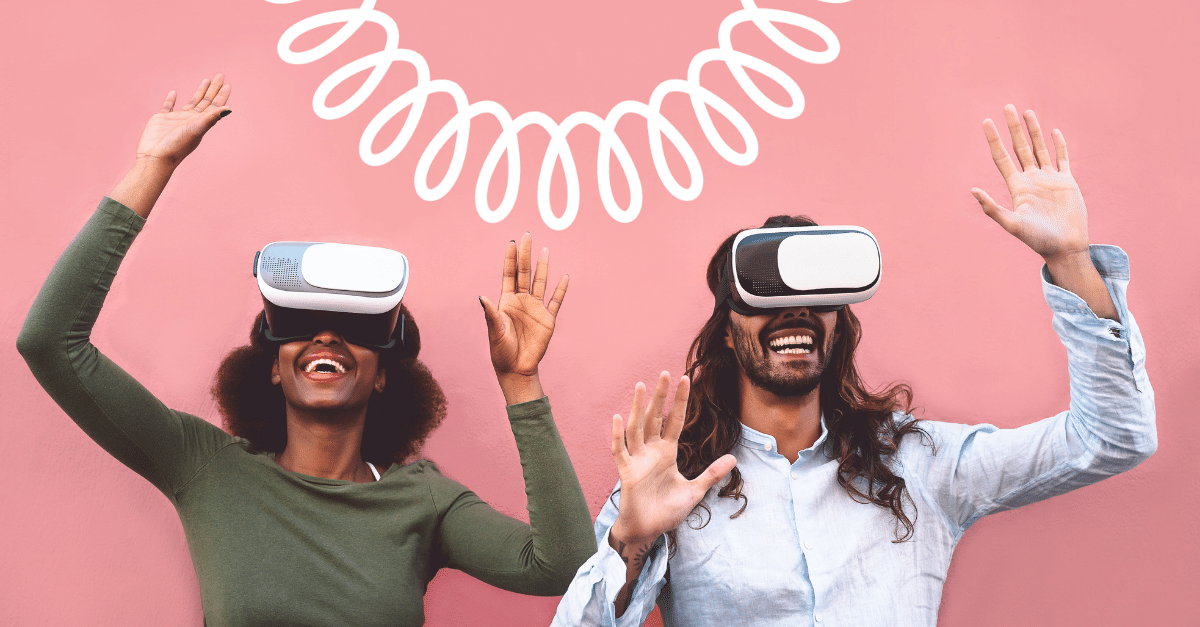 “If you’re talking about what you can feel, what you can smell, taste and see then 'real' is simply electrical signals interpreted by your brain.”
- Morpheus, ‘The Matrix' (1999)

Sure, Morpheus is pretty wise. But even The Oracle couldn’t have prophesied this.

Because over 20 years on and our society has never been more intoxicated by the allure of virtual reality. Not only has The Matrix been resurrected for modern audiences, but we’ve got Zuckerberg’s vision of the metaverse looming over us as well.

But the idea of living in a ‘matrix’ or ‘metaverse’ didn’t stem from the minds of those sci-fi loving sisters the Wachowskis - or even Silicon Valley’s social entrepreneurs. On the contrary, it’s been the subject of academic fantasies for years.

Like Morpheous, renowned Oxford University philosopher Nick Bostrom went into great detail to question what’s ‘real’ in his 2003 paper ‘Are You Living in a Computer Simulation?’

We know what you’re thinking: that feels like a bit of a reach.

Well, not according to the experts. In fact, scientists believe there’s a 50/50 chance that our whole existence is more Truman Show than true life.

And the stats don’t lie, either.

Because according to a global study by Limelight Networks, gamers spent around eight hours and 27 minutes per week playing games last year. Amazingly, this is a 14% increase from 2020 - went lockdown was at its peak.

So, there’s no denying we’re more “plugged-in” than ever. But are we really in any danger of becoming human fuel for the machines?

“Our evil overlords aren’t running the show just yet,” says Katie Dundas for Tech Radar.
“However, our increased dependence on technology for working, living, and connecting with others does raise important questions about how much time is ‘too much’ to spend in a virtual world and what risks and dangers are associated with virtual reality and technology,” she continues in ‘NFTs, blockchain and the metaverse are turning our world into The Matrix’.

Well, if you were worried about screen time, the metaverse is only going to increase it - at least that’s the plan.

By mixing the addictive gaming mechanics of social media with the expansive open-world connectivity of Fortnite, it could leave the real world feeling pretty beige in comparison.

But maybe not quite yet. Not if recent evidence is anything to go by, anyway.

“I know this steak doesn't exist. I know that when I put it in my mouth, the Matrix is telling my brain that it is juicy and delicious.
-Cypher, The Matrix (1999)

Savouring every morsel of his imaginary prime cut, The Matrix turncoat Cypher was more than content to live out the last of his days inside a simulation. “Ignorance is bliss,” he says - smacking his lips with satisfaction.

But fast forward 20 years and this is the reality of dining inside the metaverse.

This video was captured when Financial Times reporter John Thornhill “sat down” for sushi with David Chalmers, renowned philosopher and cognitive scientist. He was the same guy that claimed: “virtual reality is genuine reality.”

But it’s pretty hard to imagine anyone opting for the blue pill in this reality, right?

And it isn’t the only evidence to suggest there’s some work to be done either. In fact, Nick Clegg recently complained about the “wretched headset” he had to wear during his recent interview in the metaverse.

But after the success of Facebook, why’s this idea not catching on?

“Facebook captured the attention of about a quarter of the planet by offering a smart solution to a difficult problem — staying connected. But now, it’s trying to create a solution to a problem that doesn’t exist,” argues Jason Schreier for Bloomberg.

“When tech executives like Zuckerberg preach the metaverse, they are promising visions that either already exist, are ill-defined or that nobody actually wants,” he continued in ‘Companies Are Spending Billions on a Metaverse That Makes No Sense’.

So, is it the machines or the megacorps we should be worried about?

“Fate, it seems, is not without a sense of irony.” - Morpheus

When Zuckerberg announced his plans for the metaverse, he described it as space where “...instead of just viewing content, you are in it.”

Amusingly, The Matrix Resurrections - Spoilers Twitter channel responded with a new tagline for the film: “Now based on real events.”

But the eerie connections between real life and sci-fi don't stop there.

The term “metaverse” was born from Neal Stephenson’s 1992 novel Snow Crash. It depicted a world where people used digital avatars of themselves to explore an online world - escaping an otherwise dystopian reality.

Well considering Snow Crash was compulsory reading at Facebook when developing the metaverse, it’s not surprising.

But Zuckerberg described his idea for the metaverse as a 3D space to “socialise, learn, collaborate and play in ways that go beyond what we can imagine."

That doesn’t sound so dystopian, right?

Well, Samuel Earle for the New York Times disagrees. In fact, he reckons the timeline we’re on is even darker than the one The Matrix envisioned.

“At least in ‘The Matrix’, humans have machines to blame. We have only ourselves, and the internet we have made,” says Earle.

“Dominated by a handful of mega-corporations, today’s digital sphere seems more in line with the machines’ coercive operation than the dreams of Neo and his band of rebels. The internet now stands as a vast web designed to capture our tastes, attention and patterns of thought, and to push them along profit-making lines. The goal is not a world where anything is possible — but a world where everything is predictable and purchasable,” he said.

Sure, the metaverse appears to be a much different virtual reality than the matrix. But dig a little deeper and it raises just as many questions about the conflict between AI, VR and human consciousness.

“What are the real risks of AI? Not, I would argue, that our machines will evolve beyond us and turn against us, but that we will become too dependent on them, which raises a range of problems, from susceptibility to cyber hacking of systems controlling basic needs, to not fully developing useful skills on which humans rely,” argues Dr Priscilla Wald, Professor at Duke University.

But the plot thickens.

If the metaverse really is the new frontier for work, it raises some unforeseen headaches around intellectual property. No, not the special code you upload to teach yourself kung fu; instead, these are issues too tedious to explore in science fiction - but far more concerning for creatives.

Copyright’s not something Neo had to worry about whilst dodging bullets in slow-mo. But inside the metaverse, this issue could be more painful than a Matrix Revolutions Metacritic score. Ouch.

According to the Copyright, Designs and Patents Act 1988, the ‘author’ of a work means the person who creates it. But if what we’re led to believe is true, the metaverse will be inhabited by virtual creations that have AI aspects built into them. So if they are recognised as AI instead of human creations, what’s the deal with their IP?

“The metaverse could also pose issues for content owners, as it will be difficult to police copyright infringement in the metaverse,” argues the team at Morgan Lewis.

Asset Bank includes license and rights management so you can easily keep on top of copyright. It allows you to add embargo dates, consent forms and expiry dates to any file - your shiny new digital avatar, for example. Consequently, these will then get automatically flagged if you no longer have permission to use them. Handy for use inside the metaverse or wherever else you choose to use them.

Not as sexy as a trench coat and pair of Oakley's, but far more likely to cause a glitch in this matrix.