How B2B marketers can harness the power of games 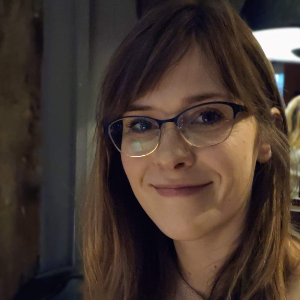 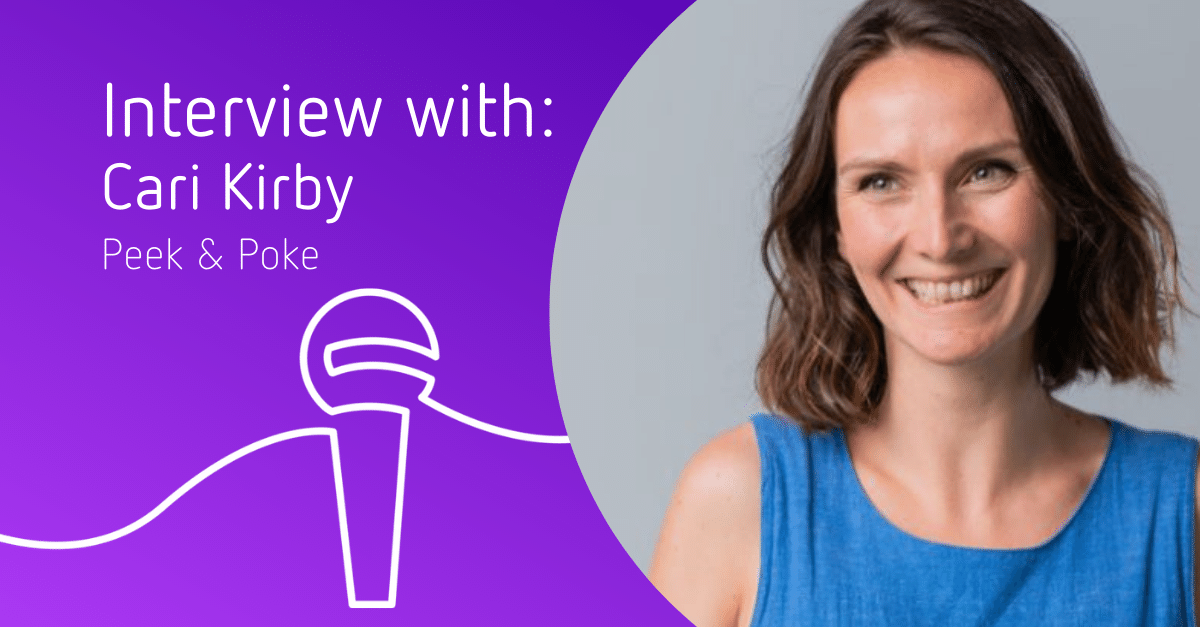 The global games market currently is worth a whopping 177.8 billion pounds. 🤯

That trumps the music and film industry put together.

So, as marketers, how can we use this to our advantage?

On the Big Bright Podcast we chat with Cari Kirby, Head of Marketing at Peek & Poke, a BAFTA-nominated branded games studio. Their mission is to help brands of all shapes and sizes harness the power of games in their marketing. Cari's job is to increase people's awareness of branded games and show them how easy it can be to use them to engage and entertain their audience.

Listen in to discover:

Or enjoy this short summary below!

You can also check out the full episode on Apple Podcasts, Spotify or Vurbl. 🎧

Why are games important?

Hands up to anyone who enjoys playing video games. 🙋‍♀️ There are so many for us to choose from. Whether it’s a multiplayer shoot-em-up we can play online with friends or a simple match-three game we can whip out on our phones when we need some light entertainment - games are literally at our fingertips.

Cari often talks about Maslow's Hierarchy of Needs. This is a motivational theory of psychology, that shows humans have five key needs which drive motivation and fulfilment.

“There are lots of the elements that we get from playing games that fall into those top categories of need. So that's things like being part of a community and getting a sense of achievement. All of those things you can get from playing really good games. That's because they fire off chemical reactions in our brains that make us want to play again and again. They make us feel good.”

It seems pretty simple on the surface and marketers know all too well how important it is to make those emotional connections.

Why should marketers be considering games in their marketing?

Creating connections between your brand and your audience is incredibly important. Cari says, “There are so many ways to communicate with an audience now. And as a consumer of things, we are bombarded with messages left, right and centre. So if a brand or a company can find a way to cut through that noise, that's what we're all looking for.”

Branded games can do just that. 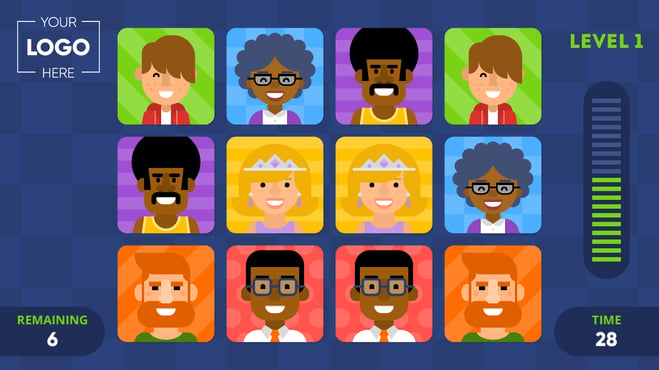 “The global games market now is worth 177.8 billion pounds. That is more than the music industry and the movie industry put together. It's a huge, huge industry. And it's actually projected to be over 200 billion by 2023. I don't know if you've heard, but Netflix are launching their own gaming division. And so are Amazon. Everybody is wanting a piece of this pie.”

With these kinds of stats, it’s no wonder we are talking about branded games on a marketing podcast.

One of Peek & Poke’s clients, Sleeping Giant Media have already had huge success utilising branded games in their marketing. The B2B marketing agency approached Peek & Poke because they were looking to use gaming to increase brand awareness and drive lead generation.

“They’re using one of our match-three games which comes pre-packaged. It's a little bit like Candy Crush, but they’ve branded it all with their colours and put their logos in it. They've run a campaign, which is 10 weeks long.” 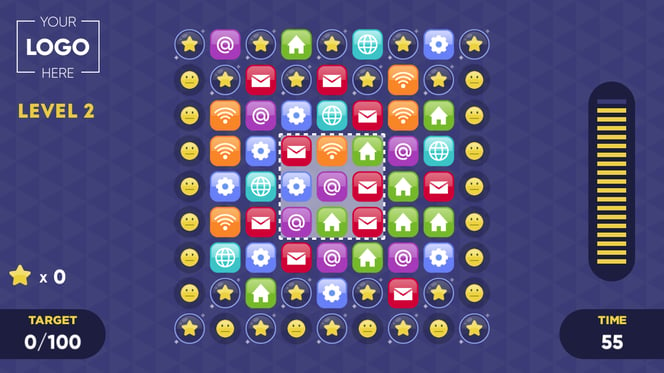 If you think 10 weeks is a long time - that’s because it is! Especially in the world of branded games. However, with a fantastic marketing campaign backing the game, Sleeping Giant Media have seen a 60% increase in new contacts along with a 100% increase in followers on LinkedIn.

“They were able to achieve this because they've been clever about their prizes. They're giving out a weekly prize, which means people are coming back over and over again. The prizes are fantastic. They've got things like Crystal Maze experiences, Alton Towers, £50 voucher for Amazon - all of that kind of stuff. They announce the winners once a week on LinkedIn.”

By planting little business cards around (as seen on Squid Game) inviting people to play a game - both online and at events - they’ve created a fantastic experience that’s enough to intrigue anyone who comes into contact with them.

What should you consider before buying your branded game?

You must first think about the why. Why do you want to create a game for your audience? This will involve determining your goals - the most important step to launching any new campaign. This could include anything from data capture to lead generation, brand awareness to web traffic growth. 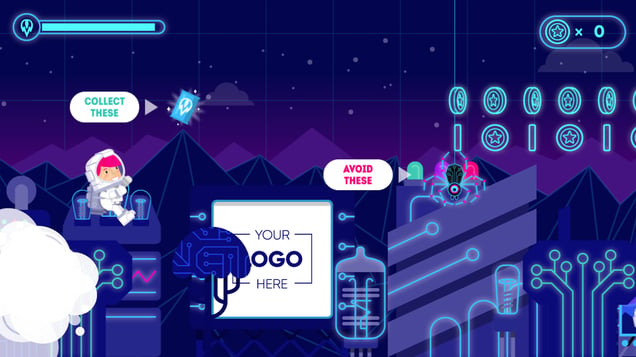 “We work with a lot of retailers who want to have a voucher code functionality. So you might collect something within the game that triggers an email with a code. You can then come to the store and claim your discount. The same goes for the hospitality industry. They want to remove people from a virtual setting and bring them to a brick and mortar place. That's something that games can do as well.”

How can you sell branded games to senior management and stakeholders?

If you’re interested in purchasing some branded games, it can often be tricky to sell the idea to your managers. So, the number one thing Cari suggests is to bring them the stats.

“I would say go armed with the industry stats, they're very compelling. If there's anybody in your industry who are creating games, and they probably are, try to get to the heart of what they did and how it worked for them. People like to see that it's a safe thing and that it actually works.”

The way that we do things, it doesn't cost that much money. Especially if you wanted to do something around Christmas time, for example, that's a really good way to test it. You don't really have to do anything to the game, the game is already “Christmas-ified”. All you have to do is add a logo to it, and then you can share it and see what happens.” 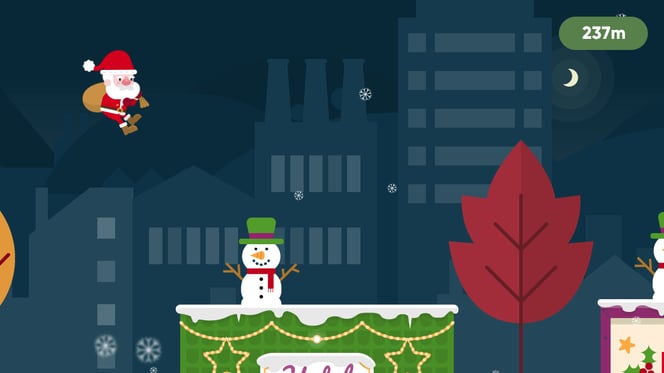 What are some of the best ways to promote your games?

Cari suggests you should always start with your mailing lists. Push it out to the audience you already have.
Next, you should be promoting on social media both through organic and paid. “To go hand-in-hand with your social, you could push some kind of PPC behind it as well. If you're trying to capture a new audience, you could also do some remarketing as well, that's always really nice.” 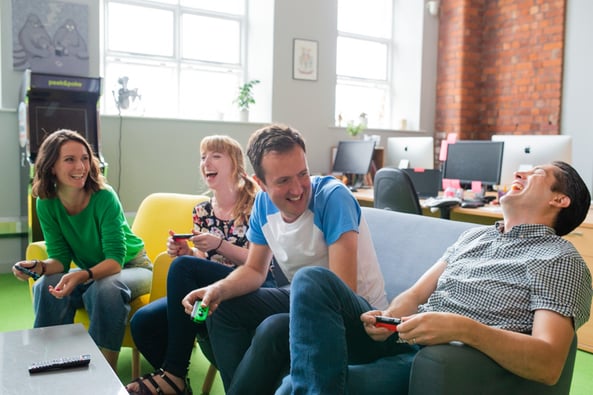 Cari and the team at Peek & Poke

If you’re interested in trying out some branded games for your business, head over to Peek & Poke where you can try out some games, read case studies and get in touch with the team.