Crashed and burned or came to stay - 2021's most memorable apps 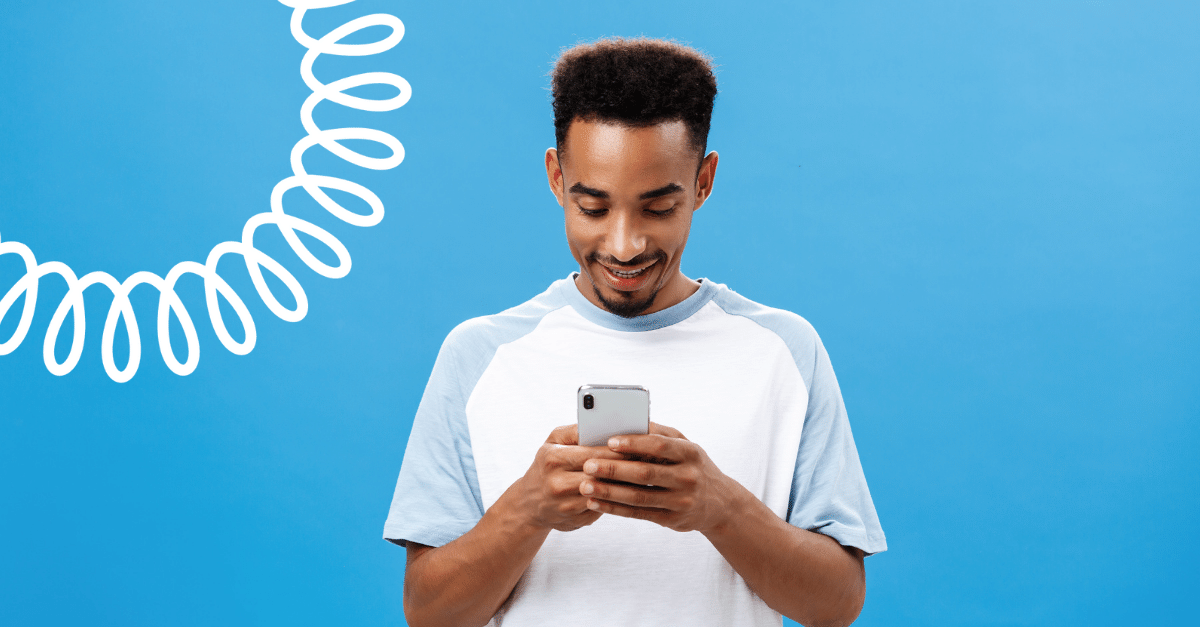 “It would be a little like a record store, where software would be downloaded over phone lines.”
Steve Jobs

In fact, this quote came from the former chairman, CEO and co-founder of Apple Inc in 1983 - six months prior to the release of the first Macintosh.

Well, fast forward 38 years and we live in a very different world of tech. One where the “app” - so trendy it was voted word of the year in 2010 - is as seamless to society as the UX principles it needs to succeed.
And there lies the problem.

According to research by Google into mobile usage, only 9% of users will continue using an app if it doesn’t perform well on mobile. And with approximately 3.04 million apps on the Google Store alone, developers are under enormous pressure to get things right.

With that in mind, 2021 saw a lot of apps come and conquer - while other virtual veterans crashed and burned. These are our most notable picks of the bunch.

Don’t scan your documents - Stack them

If you’ve ever agonised over mounting office admin, cast your mind back for a minute. Do you remember how much of a faff scanning and filing documents was?

Released in March, Stack is a free Android app that’s designed to make digital filing feel effortless. All a user needs to do is take a photo of a document with their phone and the app will scan and store it as a PDF. The app includes tools to edit your doc, in case you wanted to crop or sharpen the image. And as it’s a Google app, everything’s integrated with other G Suite features.

Most impressive though is how it uses artificial intelligence to automatically “stack” the document into the right category, e.g. bills, tickets, tax, etc.

Admin never sounded so appealing - or a little less painful, at least.

Video chats, games and spontaneous hangouts with friends; Houseparty felt like the tonic we needed in those solitary sentences of lockdown.

That’s why it was a surprise when the app was shut down in October. After all, it had a clear unique value proposition against some of its rivals; the focus being on “fun” instead of work meetings like Google Hangouts or Zoom.

Plus, there was a time when this app was far outperforming its competitors in terms of downloads; App Annie stats quoted in the Financial Times revealed the app was downloaded 2 million times in the week commencing 16 March 2020. To put that figure into context, it had 130,000 weekly downloads the month prior.

Sure, these figures would inflate during this period; it was a peak in national lockdowns. But there are no guarantees that we won’t need to rely on a platform like this to socialise together again in future.

So, why did it shut down?

Well, like Zuckerberg and his team at Facebook, developer Epic Games has decided to shift its focus towards the ‘Metaverse’. We’ve talked about this concept in more detail here but, essentially, it’s a virtual reality version of the internet; one where users can play, work, learn and - of course - hang out on socials.

Who knows, maybe when the Matrix-like Metaverse is a thing, we’d have forgotten all about the humble video chat.

But in the meantime, what’s the alternative? Well, luckily, there are a few available. In fact, these 12 group video call apps have all been endorsed by the team at Houseparty on their way out. That was nice of them.

But as one video app gets archived into the “Where Are They Now?” files, a new audio contender arrives.

Join the Clubhouse (but only if you’re invited)

We’ve talked before about the power of ‘scarcity’ in marketing. The idea of something being rare can have a powerful effect on us, e.g. the collective concern over missing out on virtual items like NFTs. Crucially, it’s this feeling of exclusivity that’s driven the prices up to unfathomable figures.

But just like scarcity has become a guerrilla tactic for online retailers; it’s working wonders for app developers, too.

Launched in March 2020, Clubhouse is a social platform based around the concept of “drop-in audio chat”. It features real-time voice conversations that users can listen to but can’t record.

Not just anybody though; the app built its initial following by being invite-only. Up until recently, users could only gain access by personal invitation from a contact who’s already a member.

OK, perhaps a tad elitist - but the strategy worked.

Two months into launch, Clubhouse had just 1,500 users; by 1st February 2021, it reportedly had 2 million users.

So, what’s the difference between this and a podcast?

On Clubhouse, you’ll find everything from small informal chats to huge panel discussions with celebrities and experts. Arguably, the app’s voyeuristic nature is part of its appeal as well. It’s like eavesdropping on a really interesting conversation; one that you can actually join in on if you’ve got something to add. To do so, you just ‘raise your hand’ and the room owner can give you speaking privileges. What’s more, you can actually applaud a speaker by quickly clicking the mute/unmute button.

What a time to be alive.

But for anyone looking to build an app themselves, 2021 saw a bit of a switch-up in terms of the tools you’d use.

This year saw the death of Google’s App Maker.

Shame, as it was a nifty tool for building and deploying custom business apps. Especially as it enabled you to do so without actually writing much code. However, the organisation cited “low usage” as the reason and started pointing G-Suite users to the following alternatives - all depending on how they used the app:

But if this feels a bit convoluted - or you’re just after an alternative to Google - now could be the time to give Glitch a try.

Glitch’s goal is simple: “to provide a friendly community where you’ll build the app of your dreams.”
And built by Fog Creek Software - the techie minds behind Trello - it’s safe to say this team understands the blend of collaboration and UX. So much so that they reckon when using Glitch it’s possible to build a full-stack app and launch it on a secure URL in under a minute.

Again, you don’t need to be a code connoisseur to master it; Glitch takes care of the setup so you can get building. Sorted.

Wondering where your favourite app disappeared to? Visit Killed By Google to check if it’s up in that software library in the sky.

Found a gap in the market? Remember these four dos and don’t of app development before crunching any code:

#1. Find your USP (and stick to it) - whether it’s a secret club of eavesdroppers or an app that keeps you focused by planting virtual trees - yes, thanks to Forest, that’s a thing - build something unique. Your app doesn’t need to do everything. But what it does specialise in? Well, that’s got to be perfect.

#2. Don’t overadvertise - basically, avoid overdoing it with ads and banners. It ruins the user experience, slows everything down and could end up with your app getting deleted out of frustration. Honestly, it just isn’t worth the pennies.

#3. Optimise for offline - it’s not enough for an app to perform well online anymore; these days, it needs to behave itself when the internet’s off too. In such a crowded market, you’re looking for a point of difference. And if your app can work semi-normally without the internet, it’s likely that users will hang around on it a little longer too

And before you launch, don’t forget the four Ts: test, test and thrice test. The app of your dreams awaits - you got this.