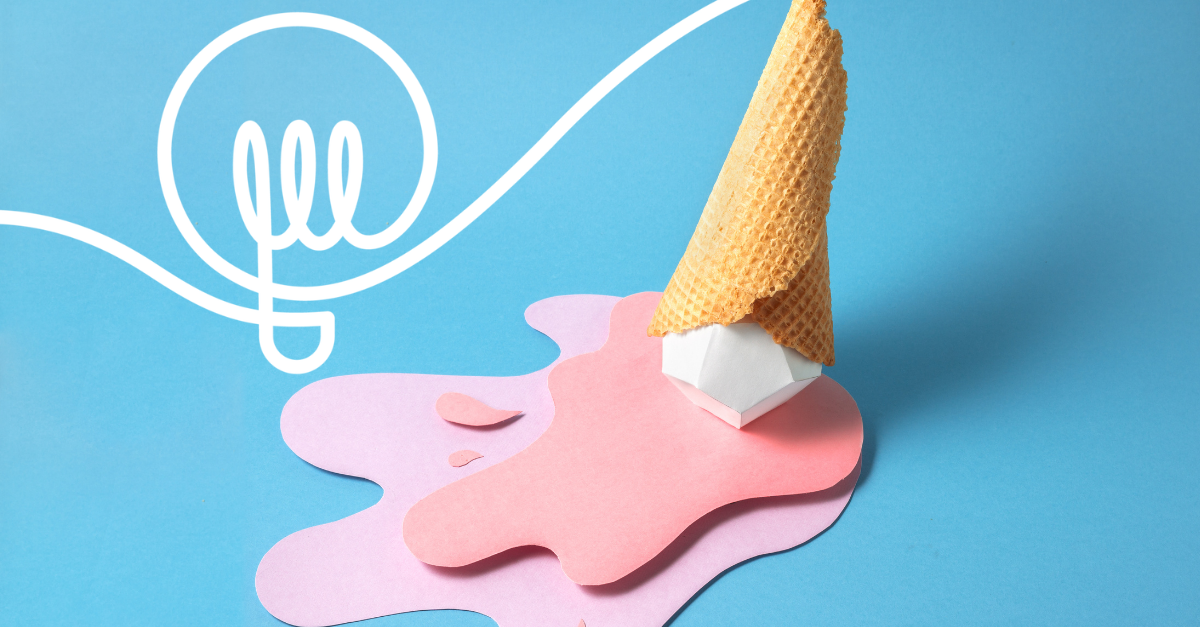 “The human mind does not run on logic any more than a horse runs on petrol.”

Waiting for Google’s latest algorithm change or getting fixated by the medium instead of the message; chances are that if you work in marketing, you’ve ended up following a ‘best practice’ or two.

But too rarely when we’re copying the formula for success do we question whether it’s the right way of doing things in the first place.

To come up with the best ideas, we need to get out of our comfort zones. Challenging ourselves to look beyond our peers and, sometimes, ignore traditional logic.

Some of history’s best business ideas just don’t make sense on paper. Experts throughout history have often referred to James Dyson as a great example of this. With clever advertising, he made an undesirable activity like hoovering “sexy”.

In Alchemy, The Surprising Power of Ideas That Don’t Make Sense, Rory Sutherland argues that it’s possible to be both rational and wrong.

“Logical ideas often fail because logic demands universally applicable laws but humans, unlike atoms, are not consistent enough in their behaviour for such laws to hold very broadly.”

Take Wikipedia for example: an online encyclopedia where people write and update the entire thing for free. Or even the concept of bottled water in the western world - arguably, entirely pointless. It’s only recently - perhaps due to climate concerns and dwindling sales due to COVID - that sales had stopped growing for the first time in five years.

Forgetting the odds and embracing emotion

Bob Sutton, Stanford professor and author of Weird Ideas That Work, believes that to have any chance of succeeding you need to decide to do something that’ll probably fail and then convince yourself and everyone else it’ll succeed.

“...if most entrepreneurs came to grips with how bad the odds against them are, they might be less likely to be “enticed” to start new companies, and thus avoid the pain and expense of failure,” said Sutton in an article from Work Matters.

Essentially, coming up with a new idea - for an ad, a product or even a company - is intimidating. It’s tough putting yourself out there and if you listen to the odds - be it creatively, reputationally or financially - it’s hard to make a case for doing it.

Going back to vacuum cleaners as an example: Henry the Hoover was invented to keep lonely cleaners, those who were working late nights, company. It was an emotional decision by Numatic CEO Chris Duncan.

If you’ve got a unique idea, sometimes you need to forget what you’re told will work and follow your emotional instincts. We reckon the best marketing always comes from a place of empathy.

There’s safety in numbers, right? Not necessarily for brands.

Richard Shotton discusses the importance of distinctiveness in his book The Choice Factory. Alongside his colleague, Laura Weston, he gave 500 nationally representative participants a list of numbers; 15 were written in black and one was written in blue. The duo found that participants were 30 times more likely to recall the distinctive number.

“We repeated the experiment with brands - respondents saw a list of logos: eleven car brands and a fast food brand,” recalls Shotton. In this instance they found consumers were four times more likely to recall the fast food brand.

“Being distinctive makes brands memorable. This might sound like an obvious point but it’s studiously ignored by the advertising industry,” says Shotton.

Sure, we can learn from the success of others. But often if it’s been done before, it’s probably already too late.

Getting on TikTok, Snapchat and Insta is not a creative strategy.

These are just tactics.

And the idea that ‘digital’ is a wildly different frontier to traditional marketing can be a dangerous smokescreen to creativity.

“The focus on digital and the latest hot technology has resulted in all too many companies putting the tactical cart in front of the strategic horse,” says Mark Ritson in ‘What Ails Marketing’ from Eat Your Greens.

And it’s a real problem.

According to Forbes, 87% of companies think digital will disrupt their industry but only 44% are prepared for a potential digital disruption - we’re all terrified.

This idea that you need to “keep up” with technology and adopt the trends that have worked for others mounts insurmountable pressure onto what’s already incredibly taxing: coming up with a fresh idea.

Receiving more than 15 million views, EA Games’ #PlayWithLife hashtag challenge was one of TikTok’s best performing campaigns in 2020; it encouraged users to share how they would dress up as a character in The Sims.

But would this campaign have been half as successful if we weren’t stuck indoors and confined in our own daily simulations during lockdown?

Not if you listen to the numbers; Fresh Student Living reports that the UK gaming population increased by 63% throughout this period.

Context and creativity should always come first - then look at the tactics.

A dangerous over reliance on datasets and averages

One thing that seems certain is that the best ideas and business propositions are born from data.

But can you always trust the numbers? ORB International research would suggest so; overall 80% of people say they always provide truthful answers to surveys.

However, a lot of the data we use comes from statistics that aren’t gender balanced. Author Caroline Criado-Perez discusses the real world consequences of this in The Guardian:

“The average smartphone size is now 5.5 inches. While the average man can fairly comfortably use his device one-handed, the average woman’s hand is not much bigger than the handset itself. This is obviously annoying – and foolish for a company like Apple, given that research shows women are more likely to own an iPhone than men,” she said.

But even designing for the ‘average man’ is problematic. When physical anthropologist Lieutenant Gilbert S. Daniels was hired by the US military to design a cockpit for this group, he soon discovered that the ‘average’ human hand is not typical. Consequently, not a single pilot of the 4,000 measured was within the ‘average’ range.

But it’s not just the data that’s to blame for bad ideas.

According to research from What to Become, 69% of executives believe that diversity and inclusion are the most critical issues in their organisation.

And workplace diversity in creative departments - where great ideas can shape buying habits of the future - is woefully small.

“Women make up just 14% of creative directors in London, and the stats for New York are even worse, at 11%” says Becky McOwen-Banks, Executive Creative Director at VaynerMedia. What’s more, 2015 IPA research revealed that only 26% of staff in creative teams were women.

But beyond being ‘best practice’ and generally the right thing to do, it’s actually in the interest of both companies and their customers to diversify the ranks. And more often than not, this change needs to happen from the top.

Research by Hewlett, Marshall, and Sherbin revealed that diverse leaders were more likely to create an environment where new, creative ideas were considered. And diverse teams were also more likely to have some common experiences with their end user - creating fresher ideas and better products.

“Let’s hold Adland to account, address the imbalance and begin to appeal to the 70% of spending power that is currently not being understood,” says McOwen-Banks.

Seven hard and fast rules for coming up with the good stuff...

“Nostalgia – it’s delicate, but potent… It’s a twinge in your heart far more powerful than memory alone… It takes us to a place where we ache to go..

This past year’s brought out the best in a lot of people - over ten million of them, in fact.

Last year’s study from Legal & General and the Centre..