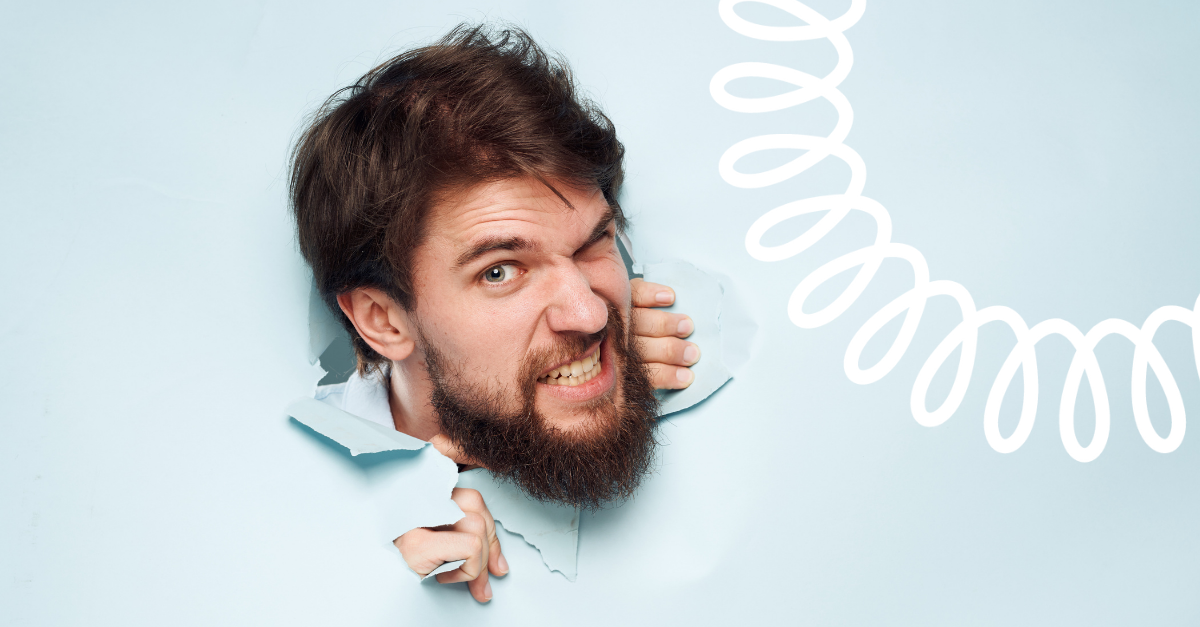 OK, but it’s not just Bright that’s “breaking the fourth wall”; it was recently announced that She-Hulk would be the next character in the MCU to “break the fourth wall” - much like Deadpool before her.

And this trick’s been around for years in popular culture. In fact, The Great Train Robbery in 1903 closed with the antagonist firing his gun at the audience. Rewind another 300 years and Shakespeare was shattering the illusion for theatre-goers, too:

"If this were play'd upon a stage now, I would condemn it as improbable fiction," said Fabian in Twelfth Night.

But from KFC denouncing its own fries to 12 degrees of Kevin Bacon, when did marketing get so meta?

Well, it’s a tactic that goes back further than you’d think.

The “mad” origins of meta marketing

In 1962, Doyle Dane Bernback deployed a now legendary advertising campaign for American car rental company Avis. The iconic ad was so noteworthy because it actually emphasised the company’s unpopularity. Compared to its major competitor, Hertz, anyway.

“When you’re only number two you try harder. Or else,” read the campaign tagline.

As part of the new ‘golden era’ of advertising coming out of Madison Avenue, Bill Bernbach’s approach may have seemed wild at the time - but the risk paid off.

Within a year, Avis made a profit of $1.2m and had broken even for the first time in a decade.

Well, it was all down to the pratfall effect.

Pratfall effect - the art of telling it like it is

The pratfall effect is a cognitive bias that was discovered by Harvard University psychologist Elliot Aronson in 1966. He showed two sets of students a film of an actor taking a quiz. One group saw the actor take the quiz, score 92% and then spill a cup of coffee over himself; in the other film, he did the same but left the quiz unscathed.

The results were surprising, showing the clumsy version of the actor to be much more “likeable” than the second.

Essentially, this is the pratfall effect.

Years later, Richard Shotton and his associate Jenny Riddell applied this logic to brands, investigating whether flaws could actually boost a product’s appeal. To do so, they asked 626 people which two cookies they preferred; one had a rough edge and the other was perfectly smooth.

“The cookie with the rough edge was the overwhelmingly favourite: 66% preferred it,” said Shotton in ‘Bias 18 - The Pratfall Effect’ from The Choice Factory.

Sometimes flaunting your flaws - as opposed to trying to cover them up - can actually be fruitful for brands.

But some brands aren’t revealing their own flaws to cut-through; they’re breaking the fourth wall to expose others...

A superhero walks into a bar and orders a gin...

In 2019, Peloton’s Christmas ad was widely criticised on social media for being “sexist” and “dystopian”. "The Gift That Gives Back" shows a wife receiving an exercise bike as a gift from her husband and caused the company to lose $1.5bn in value.

Well in a strange case of life imitating art, meta marketing saved the day. Or at the least, the career of the film’s actress Monica Ruiz who was, unfortunately, caught in the middle of the media storm at the time.

Ryan Reynolds, known for his superhero antics and breaking the fourth wall in Deadpool, tracked down Ruiz and cast her in an ad for his brand Aviation Gin. It continued the narrative and saw her downing a cocktail in order to deal with the backlash, while her friends told her she was “safe here”.

Sharing the film with a caption saying “Exercise bike not included”, Aviation’s ad was shared fifty-five thousand times - going viral for all the right reasons.

More controversial was BrewDog’s ‘advert on a bus’ campaign. The brewer’s self-proclaimed “...most honest ad ever” was about as meta as a brand could possibly get. Trouble is, it was seen as fairly ingenious, too.

That’s because, in 2013, BrewDog’s co-founder James Watt said advertising was “...the antithesis of everything we stand for and everything we believe in. It’s a medium that is shallow, it’s fake and we want nothing to do with it."

Previously saying he’d rather “set fire to his money” than spend it on advertising, the campaign just felt completely at odds with BrewDog’s punk ethos.

Like all good creative, meta advertising can only truly resonate if it’s honest, genuine and on-brand.

Be true to the idea of what you are

Whether it’s going net-zero or, indeed, refusing to advertise, it’s obvious that consumers are more likely to trust brands that stand for something. So it doesn’t matter how cerebral you are with your advertising, if it’s at odds with the idea of what your brand’s supposed to be, it just won’t work. For Jeremy Lee at Campaign, breaking the fourth wall can mean lines become very blurred between brand imagery and customer expectations.

“BrewDog doesn’t believe in advertising, except when it does. Surreal,” he said in ‘BrewDog, Skittles, Oasis: when advertising goes meta’ for Campaign.

“I love how they’ve removed that awkward relationship between brand and consumer by telling it how it is. There’s no payoff, no ask, just an advert on a bus, he said in ‘How meta advertising may be our saviour’ for The Drum.

“I don’t see it as us hiding what we are, I see it as a progression, especially as some audiences don’t care about advertising and certainly don’t want to hear about how great your deodorant is, or how good your beer tastes. The bottom line is that they don’t trust you,” said Connell in ‘How meta advertising may be our saviour’ for The Drum.

He believes the only way modern marketing can survive is to laugh at itself and empathetically let the audience in.

“Once we get them there, that's when we’ll be able to build our relationships with them, and maybe - just maybe - they might buy what we’ve got to sell,” he said.

Thinking about going meta? Here are five things to remember before breaking the fourth wall.

Anyway, we better wrap this up because a long-form article shouldn’t run too long - and we’re pushing 1300 words over here. How meta.

Well, nobody said anything about copywriters. So this National Writing Day (23rd June), we’re sharing..

Being LGBTQ+ in the workplace

June is Pride month! The international celebration honours the Stonewall riots that shook America in 1969. These riots, led by gender non-conforming..

“Nostalgia – it’s delicate, but potent… It’s a twinge in your heart far more powerful than memory alone… It takes us to a place where we ache to go..