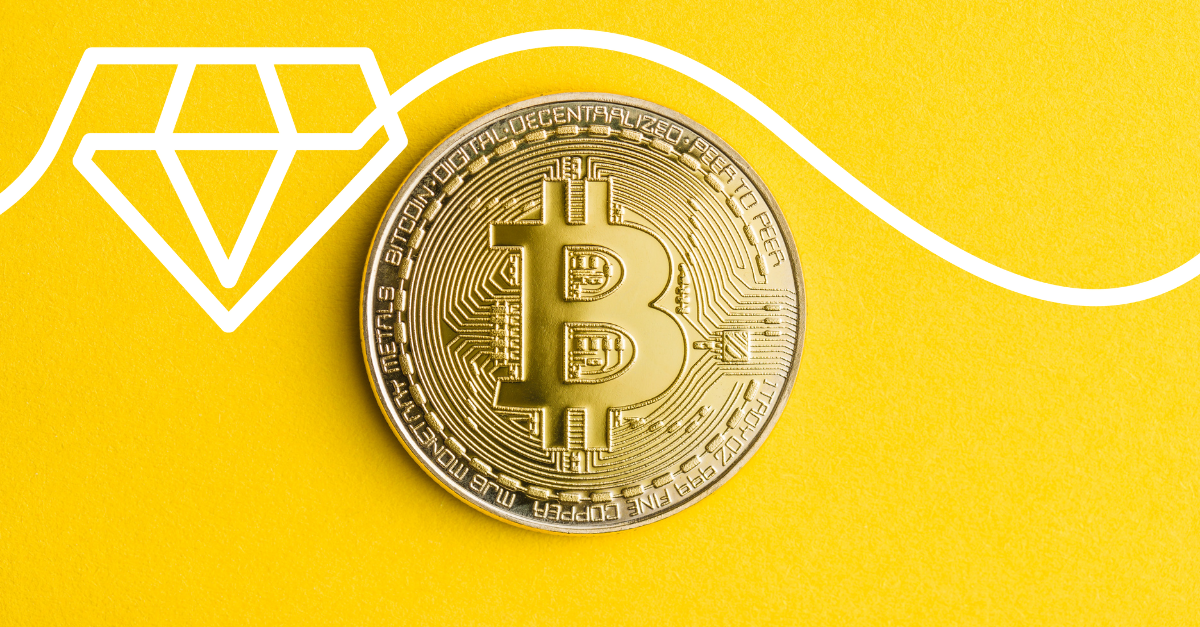 Blockchain and marketing - natural bedfellows or another digital distraction?

Marketing’s become a bit of a minefield, hasn’t it?

And not just for the casual browser, exposed to over 5,000 adverts a day, advertisers are struggling too.

Because according to The Global PPC Click Fraud Report 2020-21, a whopping 36% of display ad clicks are fraudulent or invalid. Obviously, this causes a major headache when it comes to reporting statistics accurately. But it’s also problematic in terms of earning and maintaining your customer’s trust. Pretty important when over half of consumers think the content brands create isn’t authentic at all.

Well, some experts argue blockchain could be the answer.

Allowing digital information to be recorded and distributed - but not edited - it cuts out the need for third parties. But is this really the new frontier for online marketing, or another digital distraction?

Building the blocks of cryptocurrency – how did we get here?

Despite it existing for over a decade, blockchain’s still as much of a mystery to some as the person who made it.

Created under the pseudonym Satoshi Nakamoto, blockchain was invented to support Bitcoin in 2008; a “purely peer-to-peer version of electronic cash.”

But in reality, its applications go so much further than cryptocurrency.

“Blockchain is to Bitcoin, what the internet is to email. A big electronic system, on top of which you can build applications. Currency is just one,” said Sally Davies, FT Technology reporter.

The most recent and notable applications of blockchain are NFTs. On paper, these intimidating digital tokens seem only applicable to tech-savvy investors.

But there’s a growing argument they could become useful for marketers, too.

“Right now, the value of a digital asset is measured not only against how many copies they sold, but also how many memes they inspired,” says Ricard Yao, Manager of Strategy & Content, IPG Media Lab, in ‘The Rise of NFTs and What It Means for Marketers’.

Think about a viral TikTok video. Its success isn’t solely based on how many views it gets but the number of copycat versions and memes it inspires. This could be a gamechanger for brands using NFTs in content creation.

“What the NFTs bring to the table then is the ability to make branded digital assets both remix-able and non-fungible,” argues Yao about the potential of NFTs in marketing. Because “...ownership entails responsibility, and NFT makes it possible for brands to be only responsible for the original content they put out without sacrificing the potential for it to go viral,” he continues.

Fyooz, a marketplace where digital tokens can be created and traded, has recently teamed up with Post Malone on new experience NFTs. Fans who have collected enough of Malone’s exclusive NFTs will be able to use them to gain entry to a beer pong match with the rapper.

Essentially, NFTs promise the owner authenticity. Exactly what any good marketer is looking for in their data.

For marketers, unearthing where your “clicks” and impressions actually come from can be a deflating experience. Especially considering that 11% of search ad clicks and 17% of CTV impressions are fake, according to SEJ’s Click Fraud Report.

Well, Blockchain could provide a solution.

The technology has the potential to provide end-to-end transparency and click authentication, making the lives of advertisers a little easier. And there’s already a solution out there doing it.

Developed by MetaX and DMA, the Data and Marketing Association, adChain is an open protocol built on Ethereum. It's a shared ledger that records all the steps and related data in digital ad transactions. Not only that, it includes a repository of trusted identities and “smart contracts” to safely implement terms and conditions.

But is this sort of thing really necessary? Ken Brooks, CEO of MetaX, seems to think so:

“If we don't change things, and if you're not Facebook or Google, then you'll have a tough time to survive in this ecosystem, because of issues like fraud and the lack of trust, changing standards, interoperability issues, and billing discrepancies. It's a nightmare,” he said in an interview with Social Tech.

Brooks argues that this tool will give advertisers more trust in the industry they’re working in, whilst being successful and “independent of Google and Facebook”.

And they’re not alone.

Stacks is using blockchain to “protect your digital rights”. Like a digital key, it allows users to unlock certain apps - without giving up their data to do it.

In theory, blockchain technology such as adChain and Stacks could make data breaches like Cambridge Analytica much more difficult. This technology allows advertisers to work independently of the big social networks - and with verified data handlers.

It’s all about going straight to the source.

How disintermediation is disrupting digital marketing

Disintermediation is basically a fancy way of saying: cut out the middleman.

And that’s at the heart of what blockchain does. Based on peer-to-peer communications, Blockchain technology can remove third parties that usually handle the data and add costs.

Because, over time, we’ve gradually become reliant on the likes of Twitter, TikTok and Instagram to reach our customers. But by conforming to each platform’s rules of use, have we lost sight of what marketing was all about in the first place?

From its very inception, advertising was about breaking the rules and finding exciting new ways to attract attention. Take Absolut’s infamous print ad for example; this campaign ran non-stop for 25 years and made their product, one which has little to no shape, the most instantly recognisable bottle in the world. And they didn't need to stick to 1080 x 1080 pixels to do it.

“While these electronic intermediaries support businesses and consumers by personalizing their brands and products, they also gain the power to lock them into their proprietary platforms,” say the authors of ‘How Blockchain Technology Can Benefit Marketing: Six Pending Research Areas’ for Frontiers.

Although we’ve still got some way to go before we see blockchain technology in the mainstream of digital marketing, its benefits and drawbacks are already becoming clear:

Authenticity and transparency - if you’re operating in an oversaturated marketplace, blockchain verification can reassure your customers exactly where your products were manufactured or grown. Not only that, you’ll be able to separate the wheat from the chaff when it comes to clicks and impressions.

Meaningful relationships - instead of asking for subscribers' data and offering them targeted ads or newsletters in return, blockchain makes it easier to reward them in meaningful ways. This could be via loyalty tokens for Ecommerce, giving them an actual incentive to sign up.

Exclusive experiences - like Post Malone’s beer pong, you can create unique brand experiences with NFTs. Alternatively, partner up with artists and they can provide exclusive collectible prizes in your competitions.

Is it too exclusive? - undoubtedly, we’re still in uncharted waters here. And if it still feels new to us, you’ve got to be mindful not to exclude any of your demographics. Not everyone is enamoured with social, let alone the “next” technological trend.

The bursting bubble - like the fluctuating value of bitcoin and hyperbole behind NFTs, skeptics have warned that blockchain’s an inflating bubble - one that’s ready to burst.

The energy-consuming elephant - a drawback that can’t be ignored is Blockchain’s massive carbon footprint. For example, NFTs are stored using Ethereum which has an annual energy use equal to Ireland's.

Give me some space - the great digital desktop debate

Your iCloud storage is full, again.

Can you automate a great idea? You know, a really creative one...

Michelle Greenwald, CEO of Catalyzing Innovation, seems to think so. She believes..