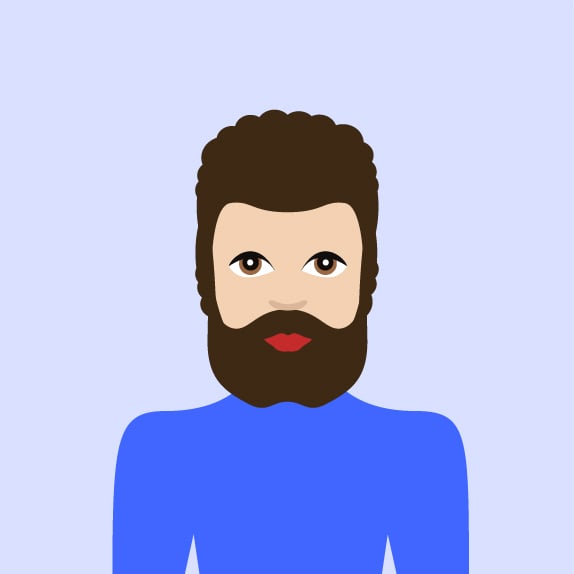 True to Brighton's reputation as a Green city, you'll be pleased to hear that almost half of the office cycle into Bright Interactive HQ in central Brighton.

On Sunday 16th June, 6 of our cyclists decided to attempt a longer distance,  the 60 mile London to Brighton bike ride. The intrepid cyclists were Rich from Customer Support, Mike and Francis from the Development team, Sales Manager Ross, and Directors Eric and Martin.

All completed the ride with varying degrees of success. First past the post were Rich, Mike and Francis in a very impressive time of 3 hours 3 minutes.  Bike geeks might like to check out their ride on Strava. Next in were Martin and Ross in 4 hours 35 minutes - though they are keen to stress only 4 hours pedal time - managing to wait until after the race to celebrate with a well earned pint in the Fortune of War. 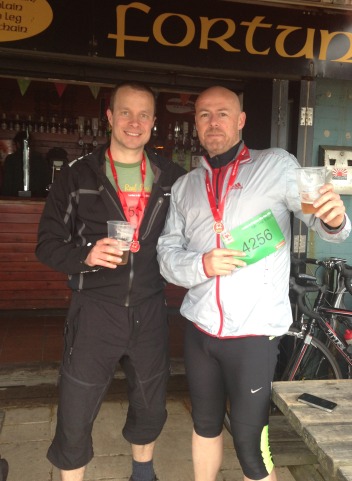 And then bringing up the rear was Eric, completing in a leisurely 9 hours smashing his and his wife's previous record of 7 hours. To his credit, Eric's later leaving time left him having to contend with an average speed of 4 mph for the first 3 hours and included an hour's sunbathing and picnic on Ditchling Beacon. He also tells us he managed to cycle every hill and didn't stop for as much tea and cakes this time round - we believe you Eric! 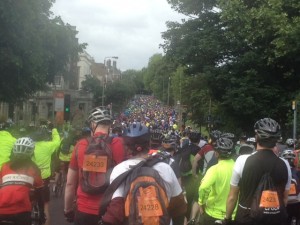 Heavy traffic at the start of London to Brighton