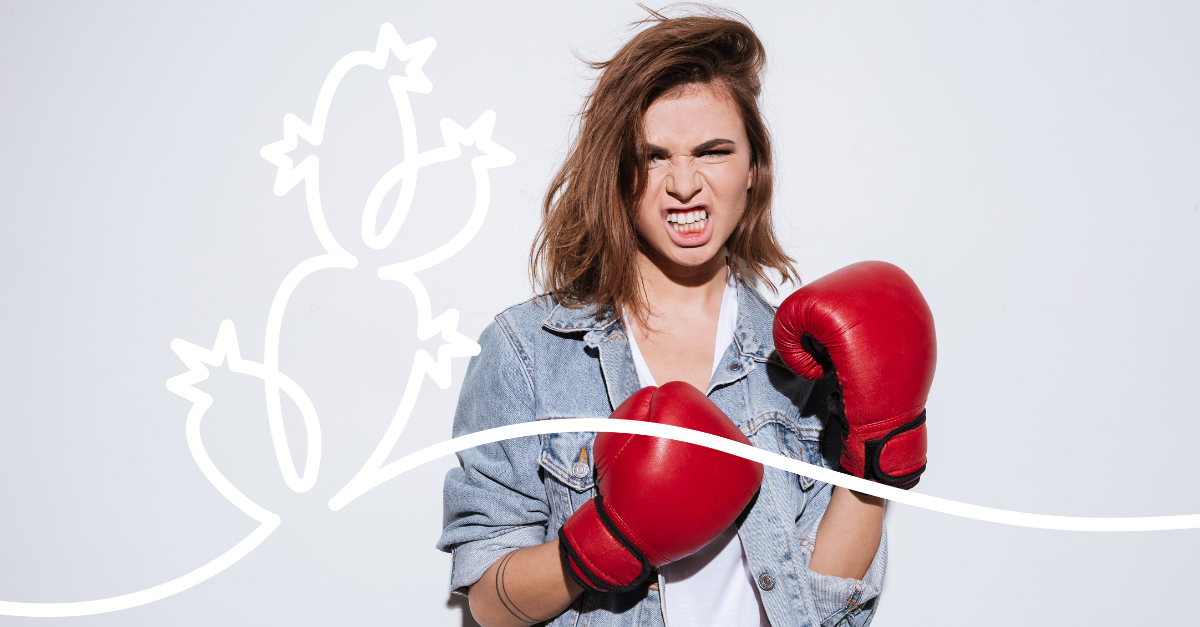 “Opportunities to find deeper powers within ourselves come when life seems most challenging.”

We hear that, Mr. Campbell.

When the author released The Hero with a Thousand Faces in 1949 - one of the greatest studies into the human condition ever written - it stands to reason it should follow one of the most life-changing events in our history: WW2.

But he wasn’t the only one to create something special during challenging times.

When good ideas and innovations are born through adversity

While Campbell was living in a rented shack and planning his masterworks during the Great Depression, washing machines and refrigerators had become mass market products. Not only that, the television was invented, roads widened and railroads became much faster.

What a time to be alive.

In fact, according to historian Alexander J. Field, the 1930s was actually “the most technologically progressive decade of the century.”

But it wasn’t just technology that was booming. The troublesome 30s was also a hell of a time for art; Pablo Picasso’s iconic Guernica was a powerful response to the Spanish Civil War bombings of 1937. Rewind over 300 years earlier and we now have evidence to suggest that Shakespeare wrote King Lear in lockdown during the Great Plague of London.

Creativity blossoms in a crisis.

But creating something special during challenging times isn’t a feat that’s exclusive to artists, authors or inventors, it goes for brands too. Especially those brave enough to challenge the space.

But what makes a challenger brand?

According to The Challenger Project, leading experts in brand strategy, these organisations are “less about business enmity, and more about an often mission-driven desire to progress the category in some way in the customer’s favour.”

OK, but how does this translate into a strategy?

Well, according to Econsultancy, it can be broken down into four key characteristics:

And it’s when the chips are down that authentic, purpose-led brands can make a real difference. Here are some very modern examples of challenger brands that clicked during a crisis.

#1. Majority - making sense out of banking for migrants

According to the World Migration Report 2020, there are around 270 million migrants around the world, sending approximately $689 billion home to their families. The problem is, it’s not always easy to do so.

That’s where Majority steps in: “the first digital financial service built by migrants, for migrants.”
Its mission is to give customers the tools, resources, and support to thrive in a new country - wherever that may be. But like any good challenger brand, it’s authentic to the core; the company’s team is actually made up of migrants from over 40 different companies.

But this feeling of inclusivity doesn’t stop with the messaging. The app and website UX has been carefully designed to feel accessible to everyone. In terms of both design principles and purpose, Majority practices what they preach.

Each year, global emissions from textile production are equivalent to 1.2 billion tonnes of CO2. Alarmingly, this figure outweighs the carbon footprint of international flights and shipping combined, says Unearthed.

And with the likes of ASOS - and now Primark - having the lion’s share of the online marketplace, “fast fashion” is having a devastating effect on the environment.

While Primark's about buying clothes cheaply in the knowledge they won’t last forever and purchasing your togs from Patagonia feels like an investment that’ll go the distance, Depop’s found its own niche in the marketplace. With a retro flavour to its marketing, Depop promotes the sale and purchase of second hand clothes that are already out there.

“Be part of the community that's transforming fashion one item at a time,” reads the website copy; like any good challenger brand, Depop is focussed on turning it’s customers into fans.

But this penchant for vintage doesn't stop with it’s customers.

Committing to carbon neutrality by the end of the year, the fashion brand also adopts a systematic preference for “circular or responsibly made fashion” for all collaborations.

However, it’s not just this purpose-led approach that’s made them so successful; Depop had 4 million active buyers and 2 million active sellers in 2020; they just know what their audience is into. Targeting Gen Z shoppers - a group who reportedly fear climate change more than anything else - the brand uses a consistently vintage look and feel in all of its photography.

And with YouGov reporting that more than a third of 18 to 25 year old British adults look to buy things second hand instead of new (35%) and the recent announcement that Etsy will purchase the brand, Depop has an opportunity to challenge the current state of the fashion industry.

#3. Signal - safer messaging after a sea of scandals

Three years on from the much-reported Facebook-Cambridge Analytic data breach and following confusion around changes to the Zuckerberg-owned Whatsapp’s data policy, privacy’s something people are feeling very strongly about.

Signal nailed it as a challenger brand, appearing in the marketplace as an alternative to the likes of Messenger and Whatsapp when customers needed one the most.

“Say ‘hello’ to a different messaging experience. An unexpected focus on privacy, combined with all of the features you expect,” reads the website’s hero copy - reassuring customers immediately. They’ve also included social proof on the site from famed whistleblower Edward Snowden who says that he uses the platform “every day”.

If an ex CIA contractor think’s it’s trustworthy, it must be OK - right?

Well, whether you’re a Signal user or not, this strategy of putting privacy first in all of its comms seems to be working. According to the mobile app analytics firm Sensor Tower, Signal was downloaded 17.8 million times between 5th and 12th January 12 this year - up from just 285,000 the previous week.

Goes to show, you can challenge competitors who have a stranglehold on the space. Just use your product to alleviate a common fear.

#4. Goodeats - POS that keeps serving through a pandemic

One fear we all shared this year was around the state of the hospitality industry - during and after the pandemic. Barely propped up by the furlough scheme, there was a time when a return to any sense of normality felt nowhere near in sight.

Well, chances are if you’ve been back in your favourite haunt recently for a bevvie or bite, you’d recognise the name Goodeats in your transactions.

But although point of sale (POS) isn’t anything new in 2021, this brand’s become the go-to option for any pub or restaurant looking to reopen safely.

So, how have they done it?

Simple. They’ve created a product that’s fit for these times. Customers don’t need to download anything and can just scan the QR code to start ordering. Not only that, Goodeats has a subscription model which helps small businesses pay as they go as opposed to all at once. Especially important when they’re unsure how long they’ll be open for at a time. Essentially, Goodeats is a shining example of the right product at the right time. 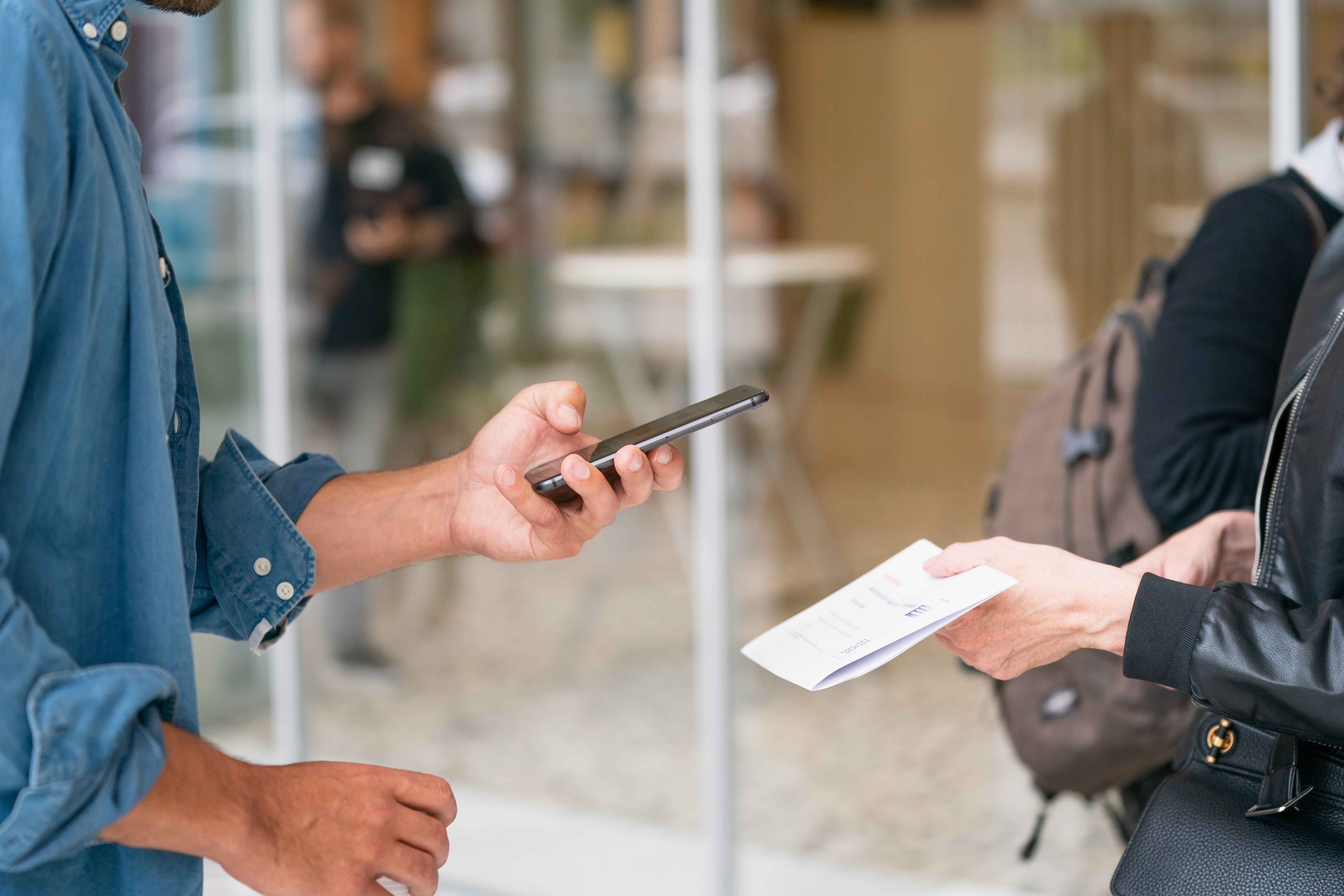 But you don’t need to be a challenger brand to come out of a crisis with confidence.

3 tips from challenger brands (fit for a crisis)